In 148 BC, in the Iron Age, the Corlea Trackway was constructed through the Longford bog using tortuously-heavy, 4-metre-long oak planks. The Trackway runs through an area between Uisneach, the mythological capital of Ireland, and Cruachain, the Royal seat of Connaught, and may have joined the two. In 1978 AD, in the Black & White age, the first UHF television transmitter, the most powerful on the island, was erected on Corn Hill, 123 metres into the sky. Each represents the height of technology in its own day, two millennia apart. Both were historic endeavours, prestigious constructs requiring wide-scale co-operation and buy-in – and both were sending a message. 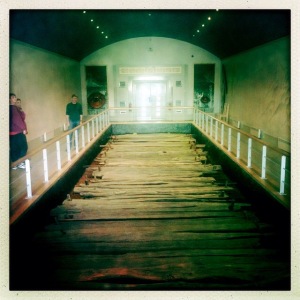 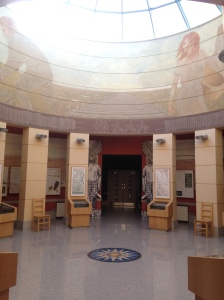 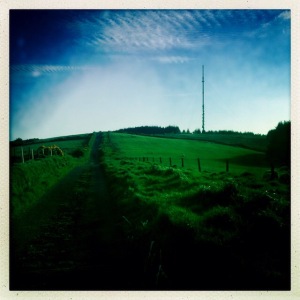 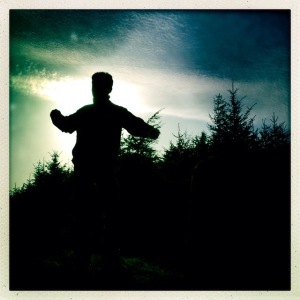